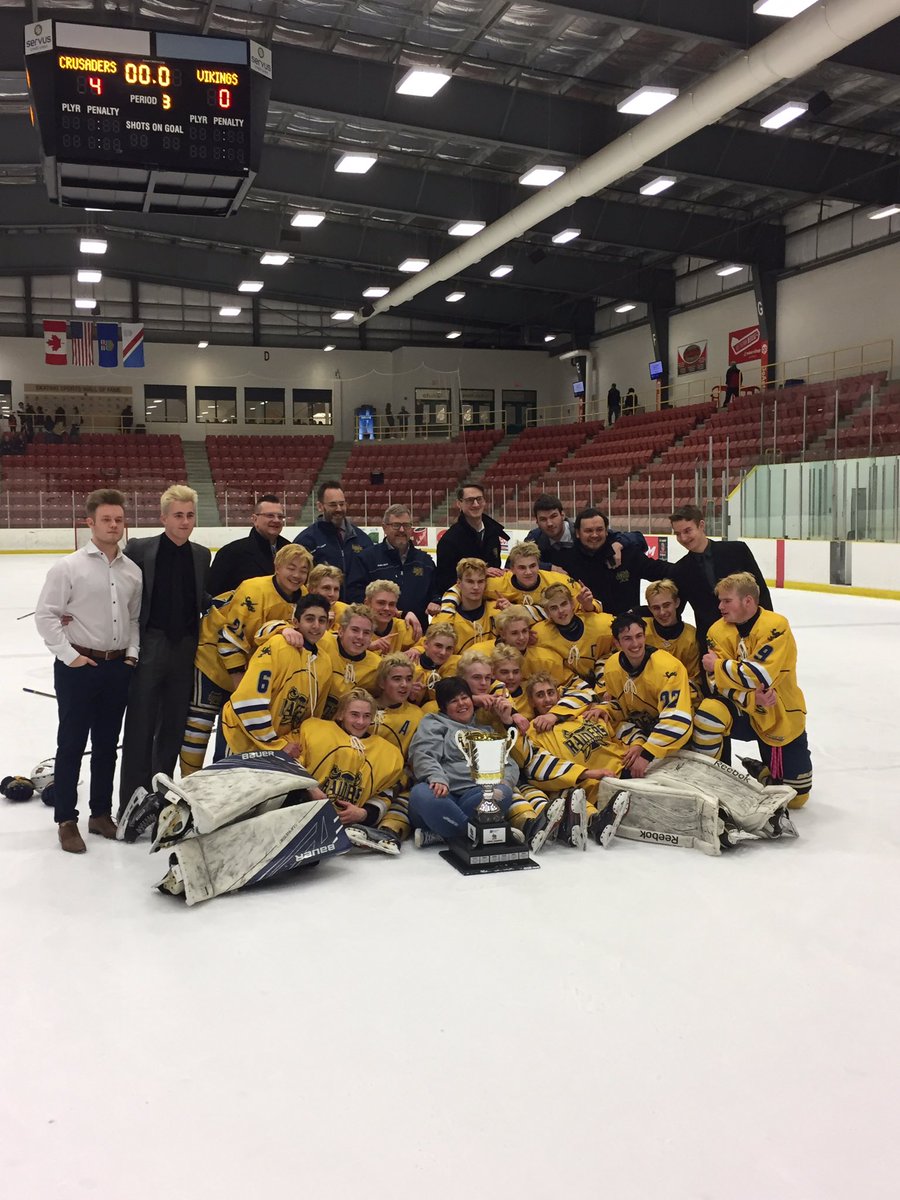 The Crusaders swept the Camrose Vikings 3-0 in the best of 5 series finals.

Ronin Pusch led all playoff scorers with 12 goals and 22 points.

The Crusaders also won the Bronze Medal in the Provincial Championships.

The Raiders Hockey Club would like to congratulate the players and coaches for successful season.

Manage your identity from the palm of your hand to the top of your desk.